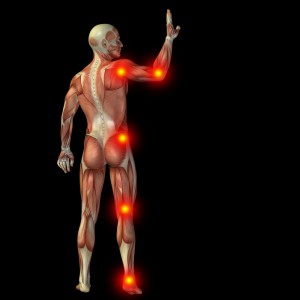 In order to be able to treat osteoarthritis better, you should also know in advance what exactly osteoarthritis is and how it is produced. The arthrosis deformans, which is conceptually translated from the ancient language elements “joint” and “mutilation” and thus also historically documented earlier, is now defined as the “overcoming joint wear”.

This disease, which is associated with pain, deformity, and loss of performance of the corresponding joint, with wear phenomena of the articular cartilage, is one of the most common diseases of civilization in the 21st century. The increasing aging of our society with increasing life expectancy (currently men> 79 / woman> 83) naturally also increases the frequency and intensity of chronic diseases in particular. In Germany, about five million women and men suffer from an osteoarthritis. Nearly 70% of the over 65-year-olds show signs of arthrosis in the radiograph. Two million people have pain in their joints every day because of their arthritis. But even in younger persons, clinical signs of arthrosis can be found.

In addition to cardiovascular diseases, osteoarthritis is already the second most common cause of individualization. Basically one distinguishes between primary and secondary arthrosis. But the experience with the disease and recent studies show that this old idea of ​​the disease is probably no longer correct and the limits of possible causes are rather fluid. Genetic individual prescriptions, as well as aging processes, as well as micro- and macro-injury sequences, as well as chronic overloads of the movement apparatus with the consequences of a continuous degradation of the joint quality with mostly incomplete natural self-healing lead to severe damage. In general, this process is always accompanied by a continuous “inflammatory” and “destructive” process of wear and tear in other connective tissue structures, such as cartilage / tendons / muscles and capsule bandapperates. Again and again there is inflammation and activation of the harmful direct local processes, in which case also unfortunately mostly incomplete repairs of the smallest cell structure, or up to the organized cell cluster.

The biological inferiority of the cartilaginous tissue, mechanical overload and inflammatory / metabolic changes lead to the final destructive result of the arthrosis over a periodic course (grades 1-4), with the possible simultaneous occurrence of symptoms such as missing / permanent pain / reduced mobility and marked loss of performance. This increasing and also considerable disease reducing the quality of life is, unfortunately, too frequently assumed to be invariable and natural in society and among so-called “experts”. At the same time, almost every osteoarthritis can be treated with timely risk assessment and correct diagnosis, as well as with a time / stage according to the right “therapy”. A variety of different treatment options are available. In addition to a variety of so-called conservative treatments (lat. = Preserved, preserving) with different therapeutic approaches, there are almost as many surgical treatments (lat. = Perform).

As conservative measures for arthrosis treatment, only a few short-term measures such as medication, physiotherapeutic, balneo-physical and orthopedic techniques are mentioned here. Operative articulating and articulating procedures have successfully standardized. In Germany alone, some 200,000 artificial hip joints, 150,000 artificial knee joints, approx. 6,000 artificial shoulder joints and other “artificial joints” are used every year. Ascending trend.! With almost 400,000 OP’s of an artificial joint replacement, the “change-OP” rate is also increasing, despite a longer “standing / survival” time of an artificial joint, and is almost 40,000 per year. As with all other human diseases, the success of each therapy depends on various conditions. Certainly, and especially in the “age of health”, the preventive measures for “disease arthrosis” will become a strongly increasing and important part of the individual and social concepts of modern arthroscopy, but also here, as in other so-called civilization / national diseases The long-term success has yet to show. Information also available at:
http://www.arthrose.de