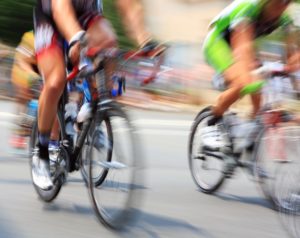 And the conditions are optimal for this. The saddle carries a large part of the weight and with the correct position on the wheel, joints, ligaments and tendons are spared. At the same time, the muscles gain momentum through the smooth movement, the cardiovascular system is required and the condition is trained. The quality of life is sustainably improved and it helps to “general recovery”. Cycling thus improves endurance, strength, flexibility, balance, responsiveness and offers the experience in a change of relaxation and physical challenge and then all in the wild.

Another advantage of cycling: the sporting challenge can always be individually dosed at any time. Therefore, cycling has also been an integral part of modern rehabilitation and prevention. In contrast to other sports, wear and overstressing the body while riding a bicycle are a minor hazard. Chronic injuries are rare, with neck / back complaints seen as the major source of occupancy / congestion trauma. Only unfavorable bio-mechanical conditions and wrong loads in the hip and leg areas lead to serious knee / capsule ligament and tendon injuries.

There is also the phenomenon of “cyclist paralysis” which is associated with a nerve compression syndrome of the median nerve / ulnar or pudendal nerve with motor / sensory disorders in the hand area or in the buttocks area. Many of these phenomena occur with trained drivers as well as with amateur athletes in almost the same way, and with rising incidence as the distance traveled increases. Therefore, effective and well-known preventive measures with increased health and safety awareness are of considerable importance. Knowledge of your own bike “setup” and proper handling of your own acute physical status should help prevent consequential damage.

The most common injuries are caused by accidents, such as when the cyclist loses his balance or collides with an obstacle. Cyclists lack any crumple zones or airbags, and the general statistics show an annual increase in the number of accidents by almost 5 percent. The health-positive effect of cycling is clearly undisputed and also has positive health-related economic effects.

In contrast, in studies of the economic “damage” of the bicycle accidents / consequences of millions of euros! Some very interesting statistical data: the distribution road bike (15%) to city bike (45%) and mountain bike (40%) and depending on the level of activity (everyday / sports) the distribution on the upper extremity (60/40%) to head (approx. 35%) followed by trunk / lower limb (7/20%) is certainly striking. Interestingly, the proportions are easier to serious injuries, especially in everyday riders equally high.

There is also a very high number of unreported cases with a high proportion of single accidents without external influences. With no significant difference between men and women, the average age is 43 years, with the 20-29 year olds being the most affected, followed by the over 60s group. Injuries include, in particular, bruising / abrasion, followed by thigh / hip muscle strains, and hand, arm, and collarbone fractures, as well as severe blunt thoracic and abdominal traumas, and head injuries.

There is also a correlation between the weight and the severity of the injury, as the Body Mass Index (BMI) increases, so does the risk of injury. Interestingly, 60% of all sports accidents occur between 4:00 pm and 8:00 pm, and even the spring / early summer with a cumulative accident statistics is striking. The road is still the “most dangerous pavement” for cyclists dar. But the fact is that more and more cyclists hurt off the roads. Unfortunately, the safety awareness of cyclists is often still too low. “Always these cyclists” is also a much-heard tortured cry of pedestrians and motorists in Mallorca about the champions on two wheels.

Due to the increase in bicycle traffic – as positive as this overall, the specific aggression between almost all road users increases among themselves. Aggression in overtaking situations, reducing the gap between cars and cyclists in flowing traffic, misunderstandings when turning, blocking each other on narrow roads and other borderline situations make people feel upset. An urgent need to further minimize cycling accidents is targeted traffic safety. Especially in Mallorca with 140,000 additional cyclists expected in 2016, one wishes for an island-specific solution. This concerns both the optimization of bicycle paths, as well as the special behavioral prevention of cyclists and motorists. Topics such as “Traffic Training / Driving Training / Code of Conduct” for cyclists as well as driving are in the discussion.

Actually, the technical requirements for most of the rental bikes on Mallorca are at the highest level. But a correct “setting” is always and especially in the claim for optimal performance. Many cyclists are certainly not sufficiently aware of the numerous risks. Full of island euphoria and tense urge to finally get his first bike kilometer in the legs, is unfortunately very often also the personal physical condition misjudged and not adapted to the current situation. It would be desirable from the organizers / lessors of bicycles and cycling event greater responsibility for intensive education and training on “cycling in Mallorca”.

Of course, the best possible safety equipment and information on cycling in Mallorca should be available. It’s easy to further reduce the dangers and increase the fun of low-risk cycling. Ultimately, however, there is always a “residual risk” when cycling. Final is always the personal responsibility of the cyclist an elementary requirement. And it certainly always pays to be optimally prepared for every single bike kilometer. But also the little bit of luck belongs to it.

And with the idea of ​​Mallorca Resident Andreas Klier – ex-cyclist (Team Telecom) and now Team Leader (Garmin / Cannondale) and inventor of MYKNOAKY you can do some “helping”. With the idea of ​​”knocking on wood” and proving his luck, a new tree will be planted with the acquisition of a small mobile wood luck bringer.

So TOI-TOI-TOI you stay healthy and above all you have a lot of fun with this great sport in Mallorca!
Your sports physician and orthopedist / traumatologist on Mallorca and cyclist Doctor Marco SEITA at the Institut MediSport-Mallorca www.medisport-mallorca.com