– Alternative biological processes for the treatment of back pain. 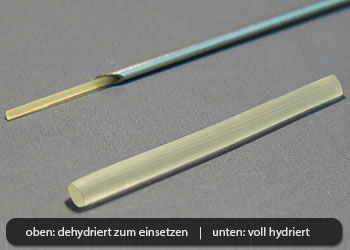 A worn disc as biological essential consequence of aging and / or miscarriage / congestion with resulting back pain, affecting nearly everyone in our modern society. If no acute herniated disc with nerve loss and severe pain, the symptoms are usually chronic, often increasing and then to remain stable for years. Ultimately, then very quickly carried out the various invasive and costly surgical procedures with a high surgical risk, and with serious consequences risks to a failing individually required conservative treatment strategy.

Open procedures for decompression with / without metal reinforcement or a mechanical disc prosthesis can be performed. For decades, researchers have tried to slow the degenerative disc disease or prevent. This is the future of these individual biological method to avoid surgery, is undisputed even in conservative WS specialists. Experiments with isolated disc cells to propagate them outside the body and to “regenerate” have not brought the desired results, as these cells die in the worn disc within a short time, rather than to survive.

Here in the future most likely stem cells that are genetically modified to be able, in a “supply desert”, that is, the degenerated disc to survive. However, use of this therapy is unlikely in the next decade. What there is thus at present, in order to reduce the complaints of the patient? Outside the known painkillers, the usual conservative therapy or surgical methods known biological therapies are increasingly brought to the fore in recent years. Unmodified stem cells have achieved initial good results, but implementation is in the width too expensive and there have yet further studies are conducted. In addition to the biologically active Nucleoplasty technology (the reduction of local inflammation than desired side effect). With / without combination of PRP (Platelet Rich Plasma) led by injection into the intervertebral disc isolated to improve the complaints a problem of all these process is the fact that the mechanical component of the intervertebral disc, i.e., buffering and pressure distribution, solely by cells can not be restored.

Therefore alone the combination therapy of cells and a biocompatible material to restore the buffer function will be successful in the future well. Many materials are diesbzgl. been studied in the past 15years in studies and almost all have been rejected. Demanded here are a biological compatibility as possible with minimal operation expenses / costs, persistent buffer function. It has up to now only be able to enforce a material that meets all of these necessary conditions. This new biological outpatient procedure with no side effects is a hydrogel stick (s. Fig.), Which is inserted with a needle under local anesthesia on an outpatient basis in the disc.

This hydrogel swells after 1- 2 hours to ten times, and therefore the rehydrated disc, whereby it can again perform its natural function buffer. In addition, this biomaterial fulfills a further important requirement, because it carries out the regulation of the pH value to a reduction of the inflammation in the disc, which in turn is important for the survival of cells. And in combination with stem cells and / or PRP ermöglichensich additional new biologically active outpatient combination method here. It seems that this small operation that has been performed on more than 500 patients and more recently in selected European countries (as well as Mallorca) was introduced, which is probably best minimally invasive biological processes with worn discs at the present time.

The surgery under local anesthesia on an outpatient basis takes an average of just a few minutes and the patient is from the next day again work and sport capable.
Currently, clinical results are (without cells) for the lumbar spine, as well as the cervical spine of up to two years ago, in favor of the biomaterial; if the problem with this therapy is also solved in the long term remains to be seen. At least from today’s perspective, the use of a hydrogel with / without cell medium to long term the most promising when major surgeries with long hospitalization, as stiffening or mechanical intervertebral disk prosthesis, to be moved in the longer term or avoided.
Informations at MEDISPORT team of Dr Seita Mallorca